If you develop a rash that begins as a large oval red somewhat flaky spot on the chest, belly, or back, followed by a pattern of similar smaller lesions, it could be pityriasis rosea. Dr. Macrene shares everything you should know about pityriasis rosea in her interview with Allure below; read on and learn how to treat it.
What is Pityriasis Rosea, exactly?
Pityriasis rosea is a rash that appears to be a side-effect of a viral infection. A number of viruses have been associated with it.
What are some telltale markers or symptoms of Pityriasis Rosea?
The hallmark of pityriasis rosea is the lesion, which is characterized by an oval red patch with trailing edge scale. This is a red oval mark that has a concentric oval of peeling skin within it usually a millimeter or so inside from the edge. The Herald patch comes first: this is a very large pityriasis rosea lesion.  This first patch happens shortly after a brief illness characterized by runny nose sore throat and malaise. Usually, a number of days or weeks after the Herald patch, a crop of smaller similar lesions start to appear often in a Christmas tree distribution on the torso. Atypical forms may be characterized by blisters instead of scaling.
How long will it last?
Unfortunately, these lesions can last approximately eight weeks or more and can be disfiguring and upsetting to the individual. Additionally, people often do not feel well while the rash persists. Most cases resolve within 12 weeks.
Is Pityriasis Rosea hard to diagnose? What other conditions is it often confused with?
The point most important factors in diagnosing pityriasis rosea are to know the characteristic lesion, the presentation, and to think of it! It can be confused with a very large variety of diseases. On one memorable occasion, I was called into the hospital for what the head of the ICU thought was a drug reaction characterized by blistering; they had placed the patient into isolation ruling out Stephen Johnson syndrome. The moment I saw the patient I knew it was pityriasis rosea. However, it is important to note that pityriasis rosea like rashes have been associated with drug reactions. The lesions, in this case, had a classic morphology with the exception that instead of peeling skin it was rings of blisters. This type of atypical pityriasis rosea is seen in people of colour. Other types of atypical pityriasis rosea include hyperpigmented rings instead of classically red rings.
Is there anything someone with Pityriasis Rosea should avoid (skincare ingredients, exercises, medicines, etc.) to lessen pain/itch or healing time?
Water, sweat and soap reportedly irritate and inflame the lesions. I tell my patient to use a gentle non-soap cleanser with lukewarm water and avoid excessive perspiration. 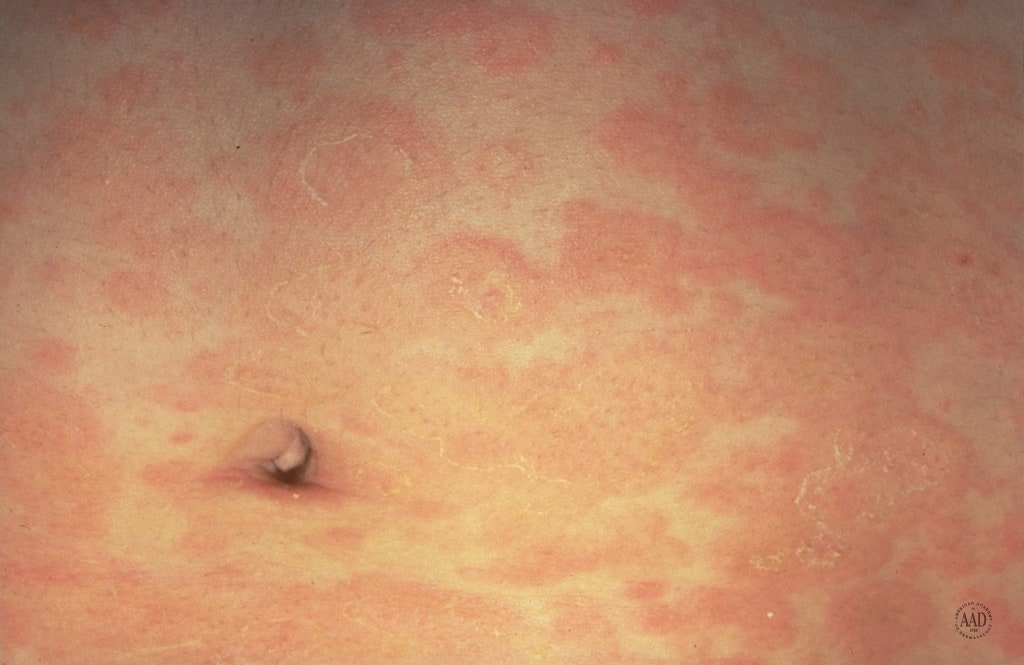